A newborn baby got quite the unique start to life after its mum gave birth in the Red Sea in Egypt, before being carried by two men out of the water and onto the beach.

The unusual birth took place in the resort town of Dahab, which is situated north-east of Sharm el-Sheikh.

Photos – which were taken by a tourist from a nearby hotel balcony – show the doctor and father emerging from the water with the baby, with its umbilical cord still attached and its placenta in a plastic container. Eyewitnesses explained that the baby’s mother appeared to have given birth after going into the sea wearing a bikini.

At the moment, it’s unclear whether the woman intended to give birth in the sea, or whether she went into labour suddenly while swimming. However, if the older man present at the birth is, indeed, a Russian doctor, it would be more likely that the underwater delivery was planned.

It is not yet known whether the baby is a boy or a girl, or if it has been given a name yet. The woman’s identity has also not been revealed.

Dahab, where the baby was born, lies on the south-eastern coast of the Sinai Peninsula, 80km (50m) north-east of the more popular, well-known resort of Sharm el-Sheikh. 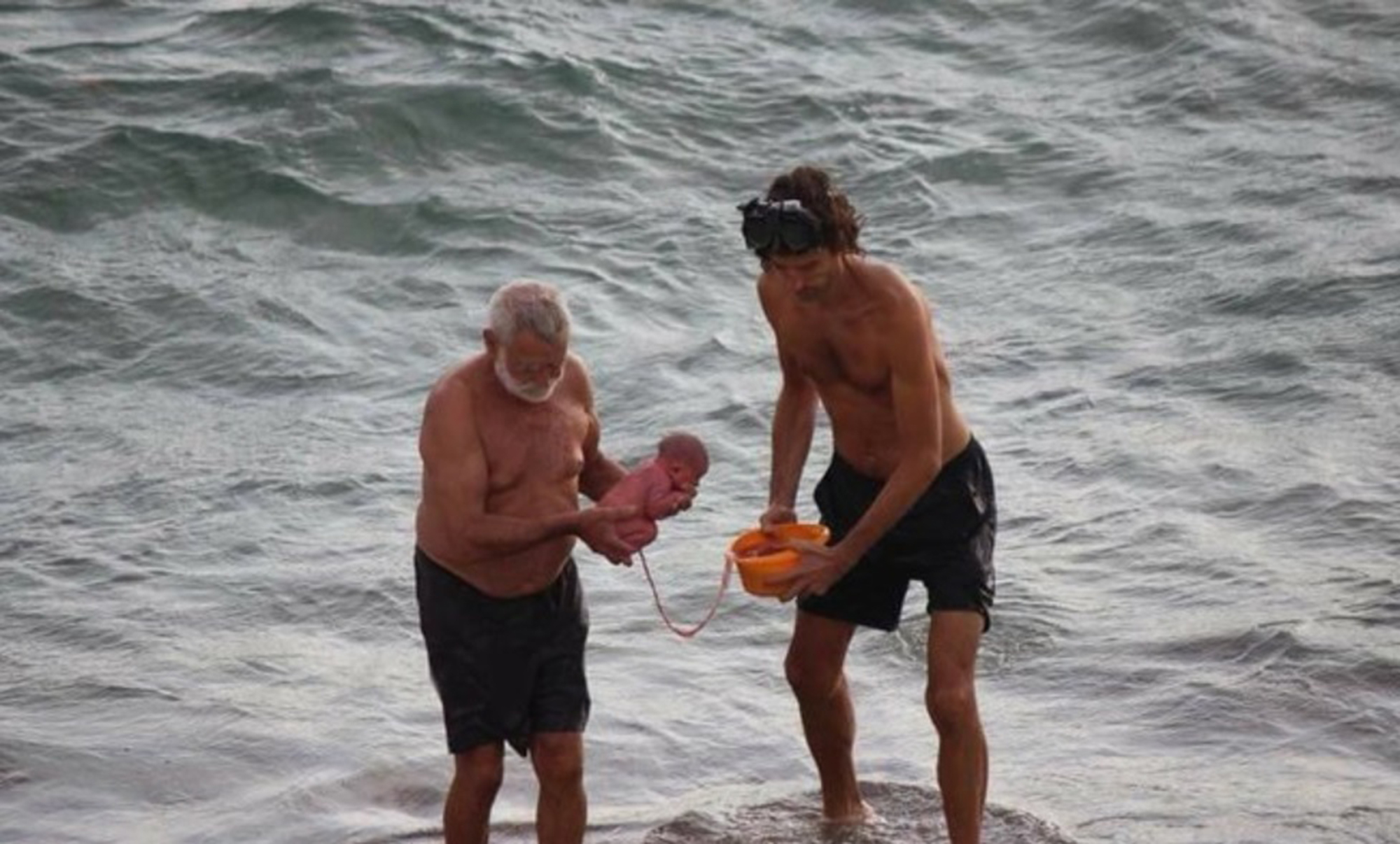 According to local media reports, the town is becoming increasingly popular with expectant mums wanting a water birth in the sea.

Mumsnet says that water births are becoming more popular as they are ‘simple and non-intrusive and can help you relax’.

On the appeal of water births, the parenting website also says: “The water helps you to relax and produce endorphins, the body’s natural painkillers, which keeps you calm and reduces the pain of contractions.”

As such, it can ‘reduce the need for additional medication, including epidurals and opiates’.

Other advantages include the buoyancy of the water, which makes it ‘easier to move into different positions and find the most comfortable one’, and that people often ‘tire less’ than they would on dry land as their body is partially supported by the water.

Animals Are Invading Cities As People Quarantine Themselves At Home