It’s no secret that Siberia’s permafrost is on thin ice. Conditions are varying so much that huge holes are appearing out of nowhere, and, in some places, tundra is quite literally bubbling underneath people’s feet.

But one of the biggest craters in the region, known by the local Yakutian people as the ‘doorway to the underworld’, is growing so rapidly that it’s uncovering long-buried forests, carcasses, and up to 200,000 years of historical climate records.

Known as the Batagaika crater, it’s what’s officially called a ‘megaslump‘ or ‘thermokarst‘.

Many of these megaslumps have been appearing across Siberia in recent years, but researchers think Batagaika could be something of an anomaly in the region, located around 660 km (410 miles) north-east of the region’s capital city of Yakutsk.

Research presented in 2016 by Frank Günther from the Alfred Wegener Institute in Germany revealed that the head wall of the crater has grown by an average of 10 metres (33 feet) per year over the past decade of observations.

The team also suspects that the side wall of the crater will reach a neighbouring valley in the coming months as temperatures heat up in the Northern Hemisphere, which could lead to even more land collapse.

“On average over many years, we have seen that there’s not so much acceleration or deceleration of these rates, it’s continuously growing,” Günther told Melissa Hogenboom from the BBC.

“And continuous growth means that the crater gets deeper and deeper every year.”

That’s not great news for climate change. The crater formation first started after a large chunk of forest was cleared nearby in the 1960s.

Because the ground was no longer shaded in the warm, summer months, it heated up more rapidly than it had in the past, eventually causing the permafrost to melt and the ground to collapse.

Major flooding in 2008 made the melting even worse, and contributed to the size of the crater.

The instability of the region isn’t just dangerous for locals, there are also concerns that as the hole gets deeper and larger, it will expose carbon stores that have been locked away for thousands of years.

“Global estimations of carbon stored in permafrost is [the] same amount as what’s in the atmosphere,” Günther told the BBC.

As the crater continues to melt, these greenhouse gases could be released into the atmosphere, triggering more warming.

“This is what we call positive feedback,” added Günther. “Warming accelerates warming, and these features may develop in other places.

But it’s not all terrible news. A study published in February 2017 in the journalQuaternary Research has shown that the layers exposed by the crater could now reveal 200,000 years of climate data.

That’s in addition to the preserved remains of long-buried forests, ancient pollen samples, and even the frozen remains of a musk ox, mammoth, and a 4,400-year-old horse.

Here’s some ancient tree remains in the melting permafrost:

The research was led by Julian Murton from the University of Sussex, who says the exposed sediment could be useful for understanding how the climate of Siberia changed in the past, and predicting how it will change in the future.

While most of the planet went through periods of cooling and warming over the past 200,000 years, the climate history of Siberia is vastly unknown.

But according to Murton, the last time Siberia saw this kind of slumping occur was around 10,000 years ago, as Earth transitioned out of its last Ice Age. 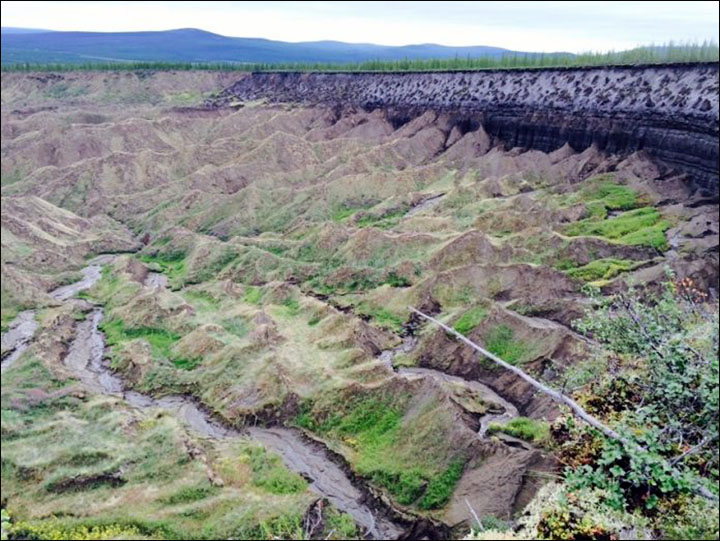 “The Batagaika site contains a remarkably thick sequence of permafrost deposits, which include two wood-rich layers interpreted as forest beds that indicate past climates about as warm or warmer than today’s climate,” Murton told Sarah Emerson over at Motherboard last year.

“The upper forest bed overlies an old land surface that was eroded, probably when permafrost thawed in a past episode of climate warming.”

If the researchers can use this information to understand exactly what happened to Siberia last time the permafrost melted, we might be able to better prepare for when it happens again.

But there’s more research that needs to be done – the exact dates of the sediment that have been exposed in the crater still aren’t known, Murton told Hogenboom.

He’s now planning to drill bore holes in the region to analyse more sediment and get a more accurate understanding of what happened in the past. 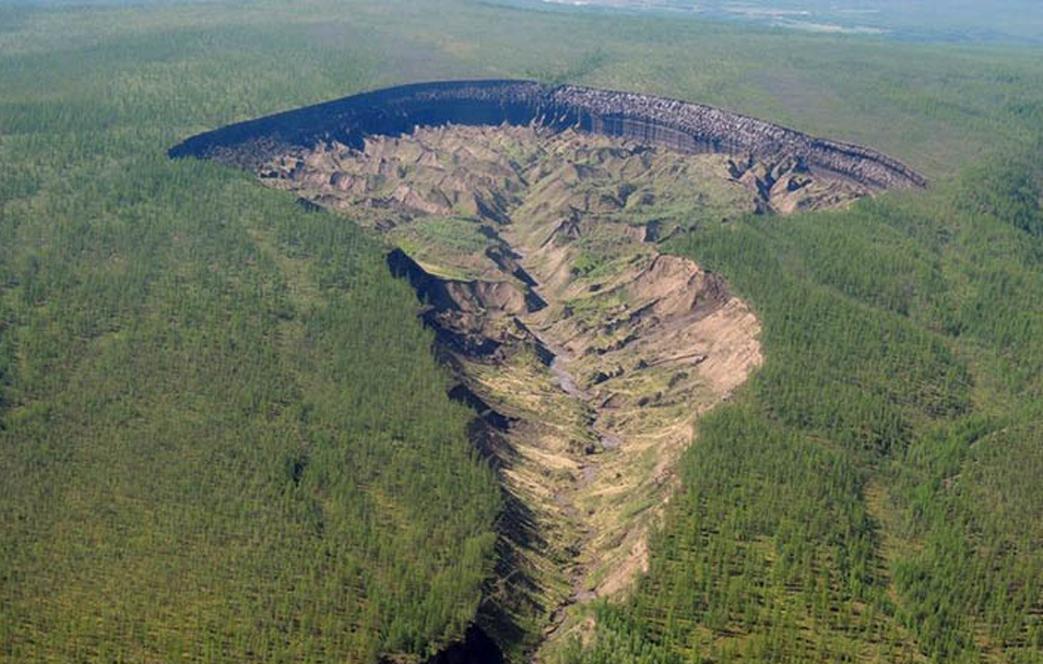 The research has been published in Quaternary Research.