A lucky visitor to an African safari park managed to capture a rare – and absolutely adorable – sight when a mother leopard patiently helped her tiny cubs cross the road alongside her. You can watch the footage below:

This heartwarming scene was captured by 64-year-old Thinus Delport in the Kruger National Park in South Africa, after he took the bizarre decision to ask his daughters to sing in order to get the animals to come out.

Amazingly, although we can’t be sure whether it helped or not, the leopard and her young cubs emerged from the undergrowth right on cue.

In the video, the leopard mother can be first spotted – see what we did there? – in the bushes by the side of the road, before the two youngsters also emerge, much to the delight of everyone watching. 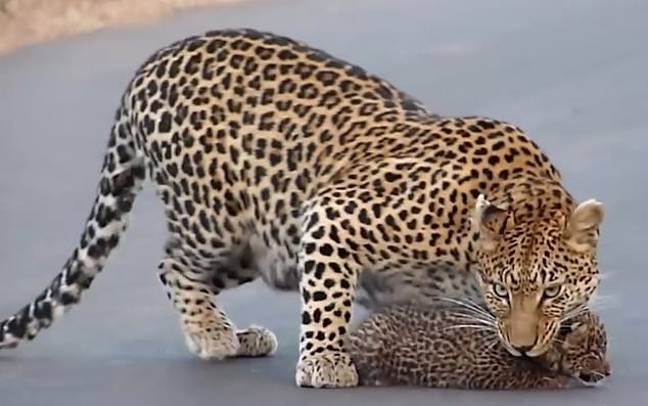 Seeming to be trying to scope out the situation for any potential hazards, she emerges first and her babies creep out behind her.

Despite a couple of false starts, when the cubs turned back out of fear, they were eventually coaxed out and joined their mother in the middle of the road.

At the second attempt, they finally managed to get out into the road and crossed in front of several cars that had waited for them to cross, but are obviously enjoying the scene, too.

Eventually, after grabbing one of the cubs, the mother leopard got them to the other side of the road, and the whole family disappeared into the bushes once again. 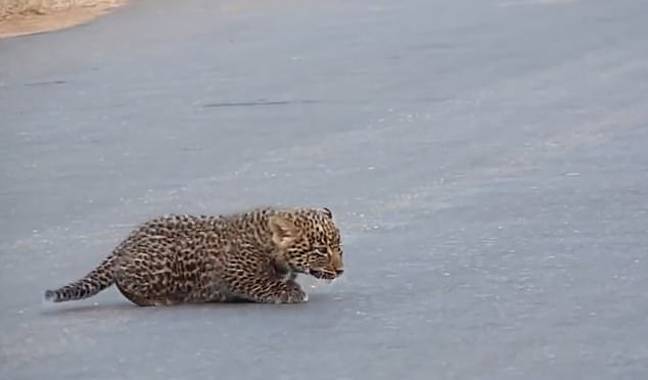 While the Kruger National Park is a great place to get a glimpse of amazing wildlife, this is a rare sight.

It’s very unusual to see a mother leopard transporting her kids about.

Delport told LatestSightings.com: “Early morning, my daughters and I left the camp looking for leopards. They were convinced that there are no leopards in the Kruger, as neither of them had ever seen one.

“As we drove, I jokingly convinced them to start singing in the car, to draw the leopards out, and so they did – and to my surprise – it actually worked. 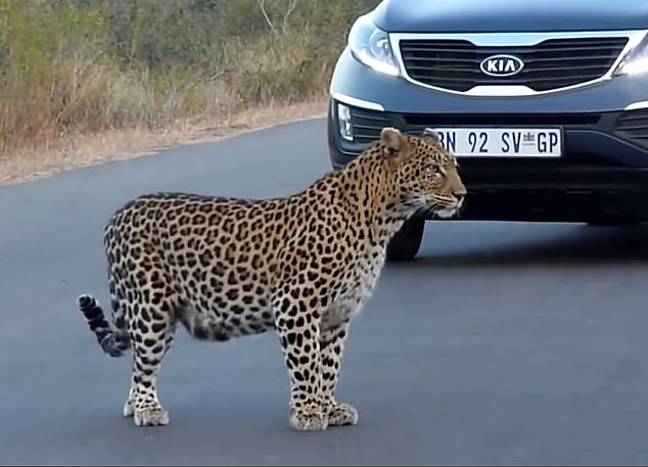 “It was my daughter’s first visit to the Kruger and she was the first to whip out her video camera. I’m glad she did because I would have been shaking so much from excitement, that the footage might have just been ruined.

“We’ve been visiting the Kruger for over 50 years, and not once have we seen something like this. This just came to show that patience really does pay off.”

This Artist Collects Rocks, Paints Eyes on Them & Returns them to The Landscape to be Found