A toddler with a rare condition that makes his skin develop painful scales ‘like a fish’ has almost been cured – thanks to cannabis oil.

Carter Padelford, two, was diagnosed with genetic disorder lamellar ichthyosis three days after he was born, ‘as red as a tomato’, back in November 2016.

The condition, which affects one in 100,000 people in the US, left him unable to close his eyes completely and his ability to move was limited.

The tot’s tight red skin would often crack painfully and his body was unable to regulate his temperature as he could not sweat.

His parents Shai-Anne Sifford and Zach Padelford, both 21, were initially slathering him with coconut oil and shea butter and giving him two oatmeal baths a day to soothe him.

They would also have to exfoliate his scales away every three days – a painful process which they would dread.

Shai-Anne, a full-time mum, said: “When he was born his skin was as red as a tomato and so tight to touch. It looked painful. He couldn’t even close his eyes.

“He was diagnosed with lamellar ichthyosis three days later. 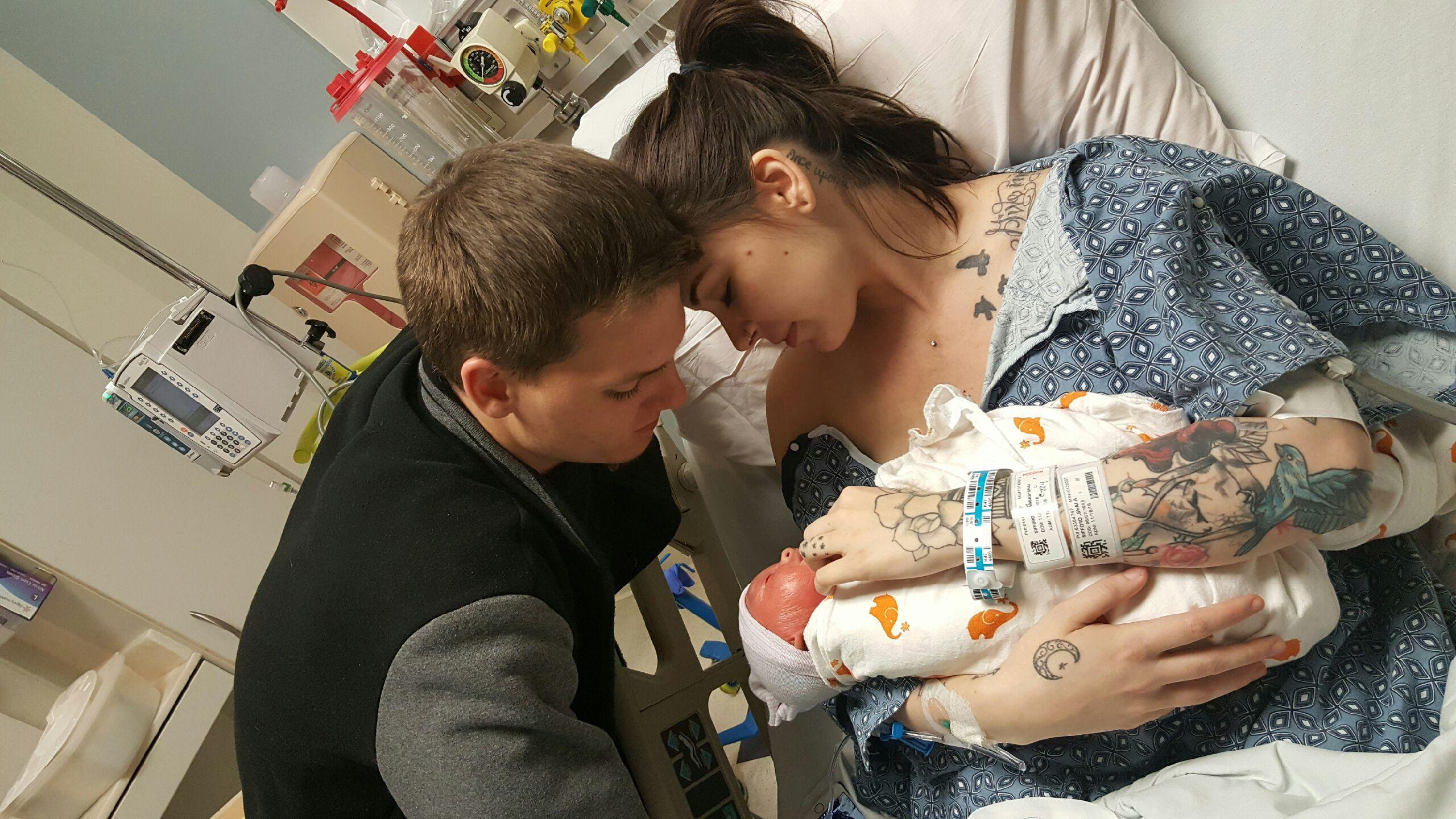 “Basically it means that his skin builds up into scales like a fish and it limits his ability to move.

“It stops his ability to sweat which means he’s intolerant to temperature.

“Babies with this are at a greater risk of Sudden Adult Death Syndrome (SIDS) because if they get too warm they can suffocate.

“He couldn’t even close his eyes.

“I was using a no-touch thermometer about eight times a day to keep his temperature stable.”

Shai-Anne tried to treat the condition with the medication AmLactin, which was recommended by doctors, but it didn’t seem to work. 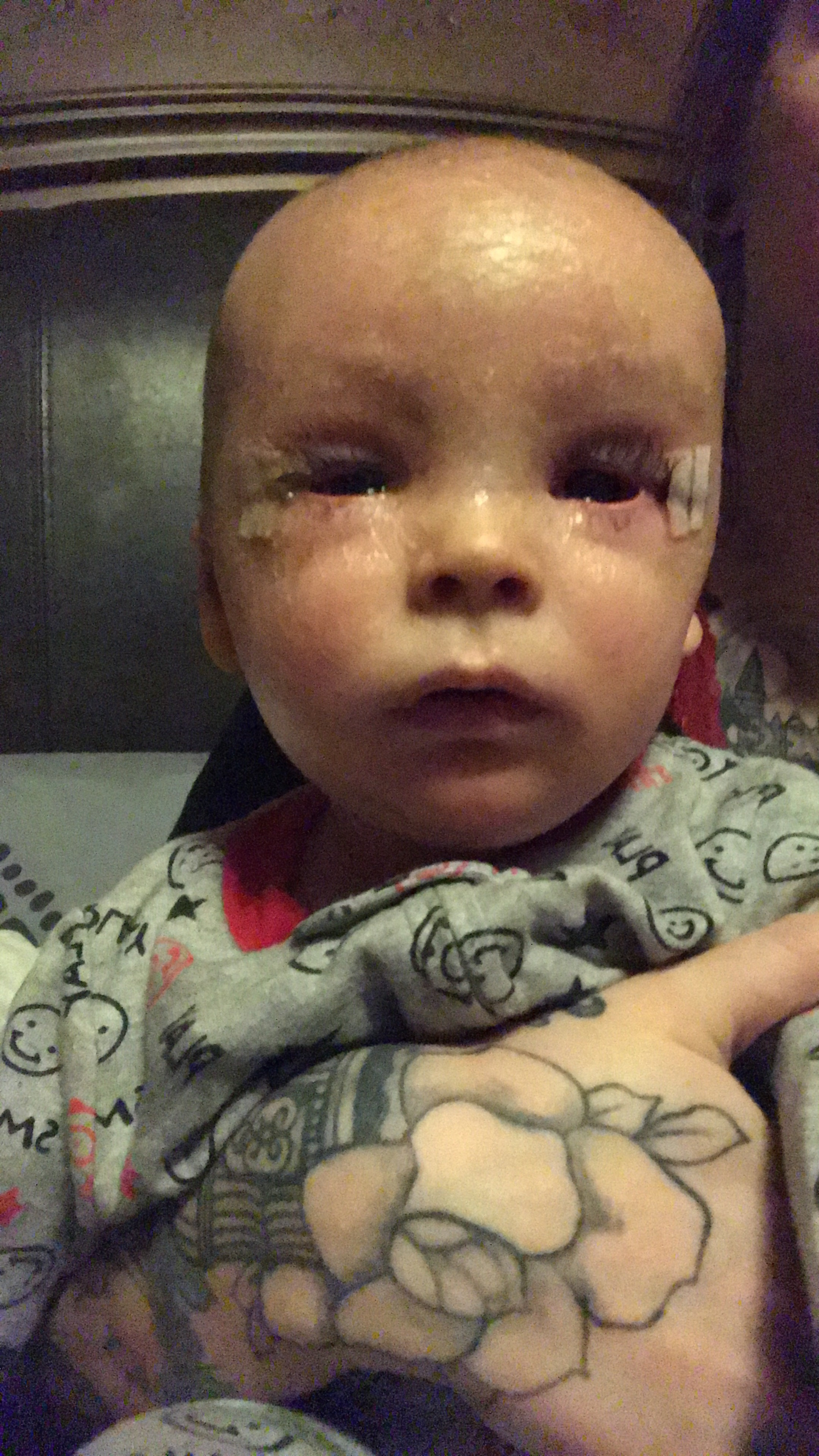 After reading an article on the impact cannabis oils can have on chronic skin conditions, Shai-Anne, a medicinal marijuana user, decided to try the oil on Carter in August 2017.

The use of cannabis oil is legal in Las Vegas, Nevada where the family live, but currently only to people over the age of 21.

However, Shai-Anne and Zach, a warehouse loader, began adding the oil into their homemade butters and bath bombs to see if it might help their child.

The parents say Carter is now a completely different toddler than he was seven months ago and his scales have almost completely disappeared.

His skin no longer splits and cracks and for the first time he is able to sweat like a normal child.

The family say the oil has helped loosen the skin on his eyelids allowing them to close and he does not need his painful exfoliation routine as frequently.

Shai-Anne said: “Doctors didn’t offer us much advice or help. I feel they neglected us because they didn’t know what was going on.

“They told me to keep him covered and to avoid baths and to come back in two years when he was two.

“It was traumatising. There were no road signs and so few treatment options.

“For a while we used to do two oatmeal baths a day with baking powder which helped disinfect his skin and exfoliating him every few days.

“I used to spend my days just lathering him with coconut oils and homemade organic creams.

“I was at my wit’s end with it when I read about cannabis oil and the benefits it can have for people with skin conditions like Carter’s.

“I’m a medicinal user so I decided to try it.” 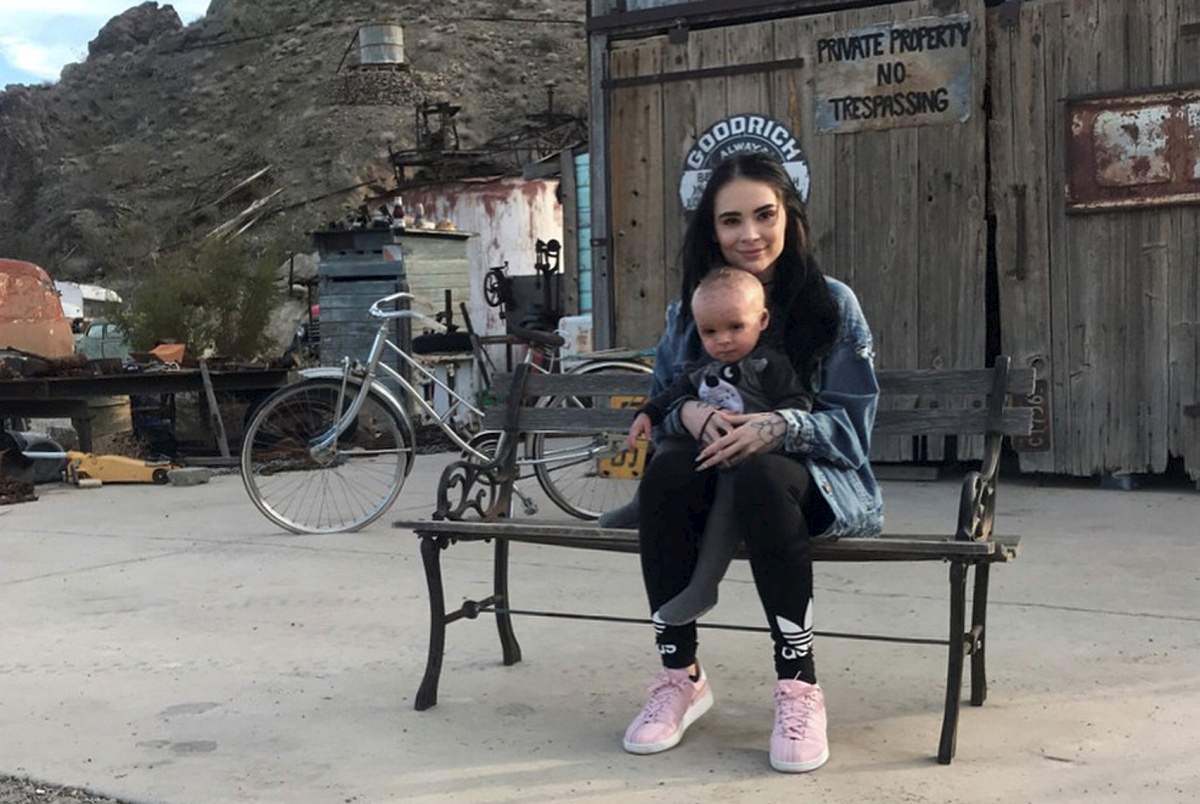 She explained: “I began to put it into the homemade creams with shea butter and essential oils that I was already making.

“Seven months later he doesn’t even look like the same child. He used to have no hair because of his scales but now his hair is starting to grow.

“He used to have open sores that would be bleeding but his skin has almost completely cleared up.

“His progress has been insane.

“His eyes could never close completely but since I’ve been using the oil on his eyelids they are almost closing all the way.”

The mum said she fears Carter’s condition would regress if she were to stop using the oil and says she feels let down by the medical system.

She added: “The standard way to treat this is a drug called amlactin, which is a lactic acid that burns away the top layers of skin.

“Other patients I’ve met with this disorder say it feels like they’ve been put in an oven when they apply it.

“I’ve tried it for Carter but it just wasn’t working. Other than that we’ve had no support from doctors in terms of a treatment for this.

“I feel without the cannabis oil, he wouldn’t have a life.

“Other sufferers I’ve met have been blown away by his pictures and his progress and are thinking about trying it themselves to see if it works for them.

“I just want him to have a normal life, and this is the only treatment that has offered him the chance at that.”

We’re just pleased this little LAD seems to be on the mend.

An Avocado-Shaped Pool Float With Removable Pit Is A Thing And Is Right In Time For Summer!

11 Things Your Partner Should Never Hesitate To Do For You, If They’re “The One”