Fans of Charlie Brooker’s wild and wonderful TV series Black Mirror will be familiar with the terrifying episode ‘Nosedive’.

It’s a disturbing extrapolation of the way we use social media and exaggerates our obsession with ‘likes’, showing just how unhinged we can get when our online profile loses popularity. In the episode, we meet, Lacie, a young woman looking to climb the social ladder quicker than anyone at your high school and she starts off pretty innocent. But when she gets invited to her old school mate’s wedding, she goes above and beyond to nudge her rating out of five higher so that she can get into a ritzy new property development.

You can already imagine the eye rolls from current day social media sceptics.

For anyone who hasn’t seen the episode, just imagine your Uber rating combined with your Instagram page and PRESTO you have ‘Nosedive’.

Unfortunately for Lacie, she has a few mishaps on her quest for numbers and her rating plummets, causing her to have a mental breakdown.

Thankfully for us, the episode is mere fiction, however the digital nightmare could become a reality for people in China.

The Chinese government is building a social credit rating to test the trustworthiness of its citizens, with plans to implement the system fully by 2020.

According to the Telegraph, people will be given a ‘score’, with the lowest being 350 and the highest being 950. Their number will go up when they do good deeds like donating blood, charity work, recycling or weirdly… by sending positive messages about the country on social media.

However, if citizens do something bad such as a cancel a reservation, leave a dishonest review, or more worryingly, if they’re friends with someone ‘bad’ on social media, their points will go down.

That means that anyone who’s the slightest bit flaky will endure an awful social ranking. 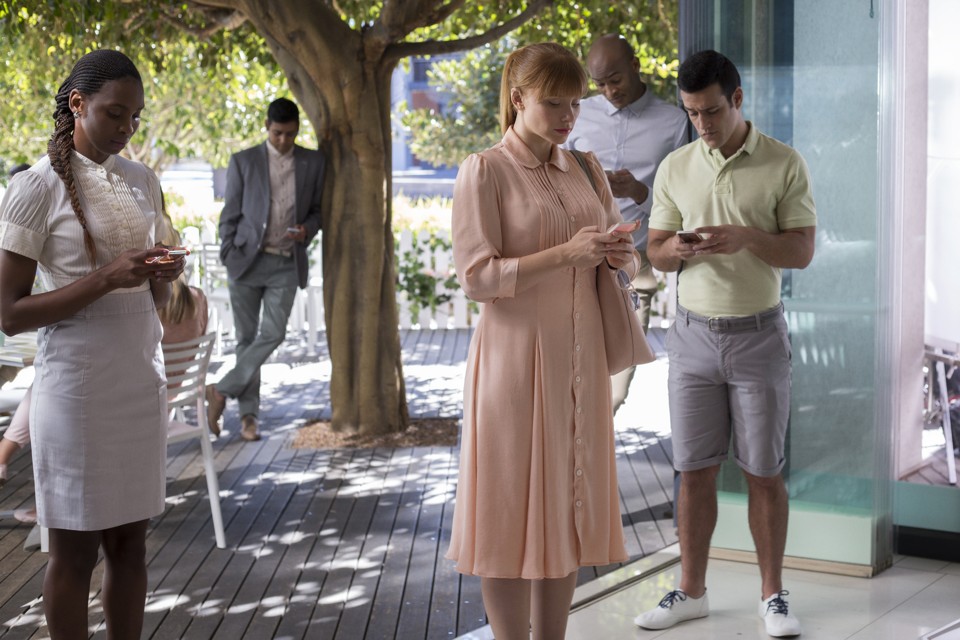 As a reward for being ‘good’, high-scoring members of public may benefit from cheaper public transport, free gym memberships, and even shorter waiting times in hospitals. Low-scoring people may face travel restrictions, restricted access into certain restaurants and even slower internet speeds.

To be honest, on the surface it sounds like this could be a really good thing for society because at the end of the day, we all secretly crave social acceptance and validation. So if that ranking is available to see by anyone, you can be damn sure that people will go out of their way to bump it up a few digits.