These great temples of knowledge served not only to safeguard ancient clay tablets and scrolls but as a center of culture and learning.

In this article, we take a look at three legendary ancient libraries and why they were an important cultural center for ancient humankind. 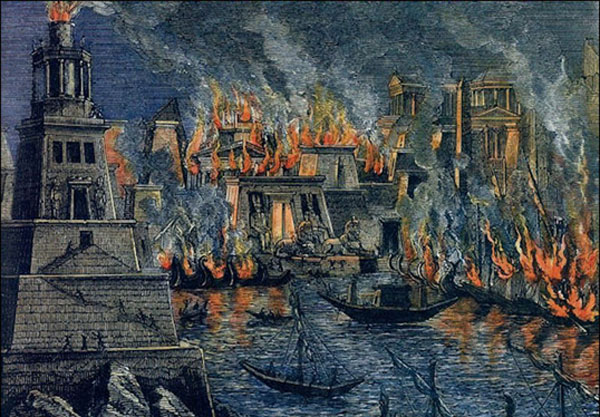 The Library Of Alexandria

The Library of Alexandria is perhaps one of the most famous ancient libraries in history.

After Alexander the Great died in 323BC, the control of Egypt was given to former general Ptolemy I Soter who wanted to create a leading center in the city of Alexandria. The result: The Mighty Library of Alexandria, which soon turned into an intellectual wonder in the ancient world.

Despite the fact that we know little about the physical layout of the Library of Alexandria, we do know that at its peak it safeguarded more than half a million papyrus scrolls which contained countless works of literature, as well as ancient history texts, and documents detailing law, mathematics, and science.

The ancient library of Alexandria was a center of learning for numerous ancient philosophers.

This sanctuary hosted a small zoo, gardens, a large room for meetings and even a laboratory.

The rooms that were dedicated to the library ended up being the most important of the entire institution, which was known in the intellectual world of antiquity to be unique.

For centuries, the Ptolemies supported and conserved the Library that, from its beginnings, maintained an atmosphere of study and work.

They devoted large sums to the acquisition of books, with works from Greece, Persia, India, Palestine, Africa, and other ancient cultures, although Greek and Hellenistic literature predominated.

The Museum’s library consisted of ten rooms dedicated to research, each devoted to a different discipline. A large number of poets and philosophers, who became more than a hundred in their best years, were responsible for its maintenance, with total dedication. In fact, the Museum building was considered a true temple dedicated to knowledge.

The great library’s fall is traditionally dated to 48 B.C. when it allegedly burned down after Julius Caesar accidentally set fire to Alexandria’s harbor during a battle against the Egyptian ruler Ptolemy XIII.

“…when the enemy endeavored to cut off his communication by sea, he was forced to divert that danger by setting fire to his own ships, which, after burning the docks, thence spread on and destroyed the great library” — Plutarch, Life of Caesar

The Library of Pergamum 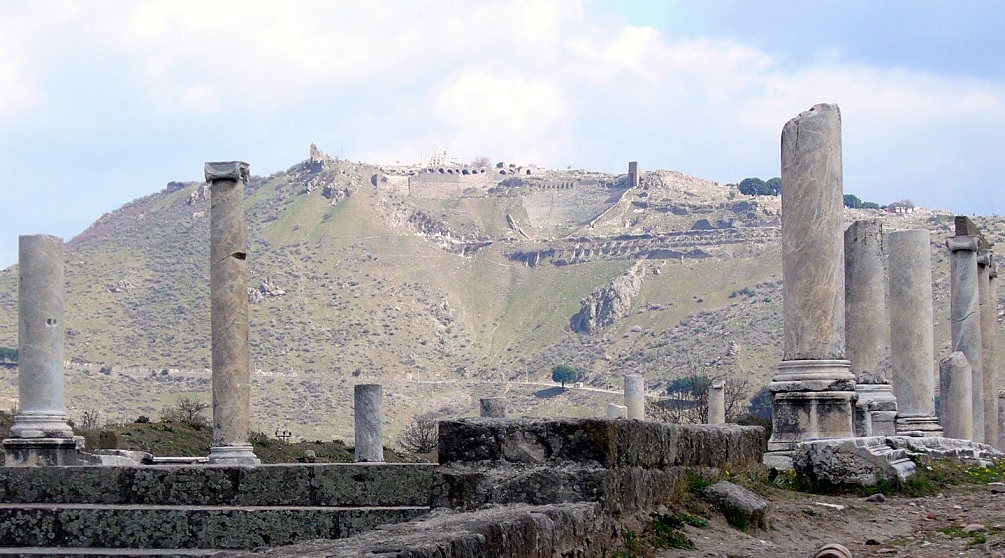 The Acropolis of Pergamum, seen from the Via Tecta at the entrance to the Asklepion. Image Credit: Wikimedia Commons CC BY-SA 2.0

Built in the third century BC, the Library of Pergamum was in Antiquity second in importance after the great Library of Alexandria.

Both competed for a time in quality, number of volumes and importance.

The kings of Pergamum were collectors of art and bibliophiles and had a great concern for culture (like the Ptolemaic in Egypt).

They were interested in converting their capital, Pergamum, into a city like Athens in the time of Pericles.

The king of Pergamum Attalus was the founder of the library, and his son Eumenes II was the one who enlarged and built on it. It became an important ancient cultural center and reached to accumulate up to 200,000 volumes of ancient texts according to the writings of Plutarch. (other sources mention it contained up to 300,000).

The library also included a school of grammatical studies, just as in Alexandria, but with a different current. While in Alexandria they specialized in editions of literary texts and grammatical criticism, in Pergamum they inclined more to the philosophy, mainly to the stoic philosophy, to the search of the logic instead of to make philological analyzes.

The ancient city of Pergamum become a leading production center for parchment paper.

The Imperial Library of Constantinople 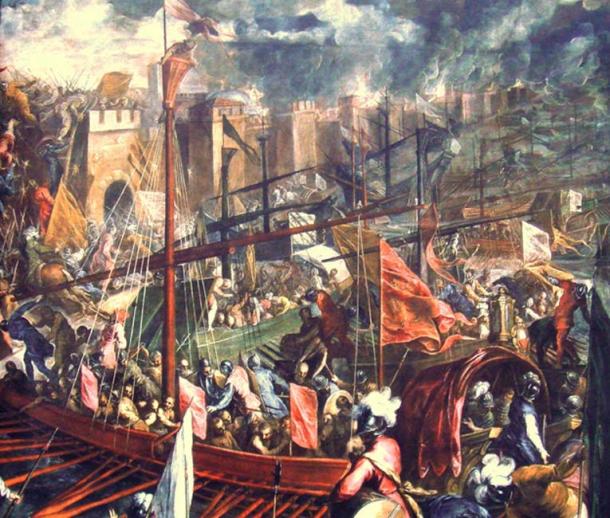 Considered as the LAST of the great libraries of the ancient world, the Imperial Library of Constantinople was founded in the capital city of the ancient Byzantine Empire.

Long after the destruction of other great libraries such as the great Library of Alexandria, the Imperial Library of Constantinople preserved the ancient knowledge of the Greeks and Romans for a period of one thousand years.

Several fires in the Library of Constantinople destroyed much of the collection. The library was burnt in the year 473, and about 120,000 volumes were lost.

The Imperial Library of Constantinople was built by Constantius II who was the son of the first Christian emperor Constantine. Some assessments place the collection at just over 100,000 volumes which included papyrus scrolls and codices bound in parchment, although 120,000 volumes had been destroyed in a fire in a.d. 473.

Tattooed Seniors: What Will Your Ink Look Like When You Are 60?